Activities as a drummer

I started learning drums at the Yamaha Music School for the first time from the age of 13.
I woke up in Latin under the influence of my teacher, Professor Matsubara, and I went to Cuba to experience the real home of Latin.
I thought about studying in Cuba but gave up. After that, I went to NY to practice drums and challenged busking at Times Square.

Woke up to rock from the age of 15, and at the age of 18, worked in the suburbs of Tokyo with the original band “I-SCREAM”. Indies debut with mini album and single.

Then joined "pocketlife" and released albums and singles nationwide. Take a Kansai Tohoku tour.
At the same time, I began working as a free drummer, recording and live support, and joining a number of bands.After that, I started working on a drum base unit called heavy machinery-ZYU-KY- and released albums and singles.
On the way, the left knee was hurting while injured, such as a human body rupture, and reached the limit. There were many twists and turns, and in 2013 I was moved by the sound of the tabla of the music of Namaste India's stage held every year in Shibuya Yoyogi Park.

The following year, in September 2014, I flew to India.
Then I met a Japanese inn Santana and everything started.
The busy days of getting the tabla and yoga instructor qualifications begin, but the first visit to the town of Puri and Orissa attracts the heart.

Meanwhile, I bought a drum with Santana Guest House owner, Mr.Fakuna, and when I showed it to the Indian people, everyone was pleased. I was very impressed.

And in December 2014, I organized a farewell party for yoga friends, sometimes called PURI, and the beginning of the festival
began with PURI ROCK FESTIVAL and Fuji Rock.

Since then, it has been held every year, and with the full cooperation of the Santana Group, the scale was gradually increased every year, and now it can be performed in front of up to 27,000 children.

With the connection in 2018, NPO Japan INDIA CLUB (hereinafter referred to as NPO JIC) was launched,
and since 2018 the festival has been hosted by NPO JIC.

In 2018, the name was changed from PURI ROCK FESTIVAL to ODISHA JAPAN FESTIVAL. Also, at the beginning of the pre-rock event, when we held in front of local children, we couldn't forget that we had the courage and hope of the children, and every year we sold some festival sales to local schools. It contributes by changing to goods and educational products.

We continue to support local education as it is, and in the future we aim to launch a rocket, establish a space technology development research center, and improve the global environment with that technology.

Nachos himself has been studying music in India and acting as an actor because he can speak simple Hindi using his study abroad experience in Delhi.

Currently, NO PROBLEM INTERNATIONAL MUSIC SCHOOL (hereinafter NPIMS) is established in Puri and is also focusing on education of drums and Indian musical
instruments. 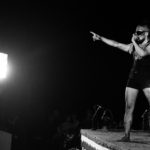 僕がしつこく伝えている三つのポイント Three points I have been telling about drums 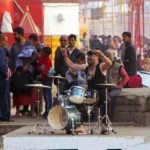 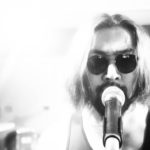 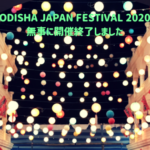 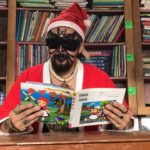 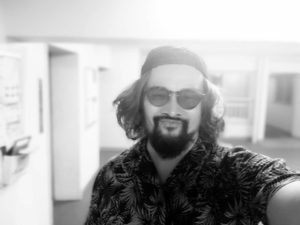